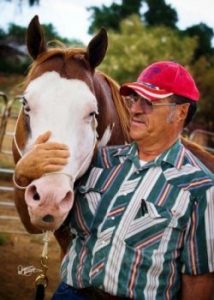 In December 1946, in a small hamlet of Pecos, NM, Joe P. Quintana was born. At 3 years of age, Dr. Quintana’s left ear was bitten off by Poncho, one of his father’s horses. At an early age, Joe became aware of the pleasure and the pain of equine relationships. As a young man, Joe wanted to be a Veterinarian. In June 1977, Joe was graduated from Colorado State University’s School of Veterinary Medicine.

Dr. Quintana passed away in 2013 but he continues to inspire his staff, friends and clients. 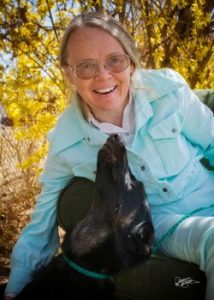 In 1950, in an equally small hamlet of La Plata, Maryland, M. Susan Moreland was born. “Sue always felt a special repoire with animals, felt close to them, enjoyed interacting with them and planned almost from the cradle to be a doctor so the “Sue” could help her very special “friends”. A pre-kindergarten dream was realized in June 1976 as a Doctor of Veterinary Medicine degree was granted to M. Susan Moreland by the University of Georgia. 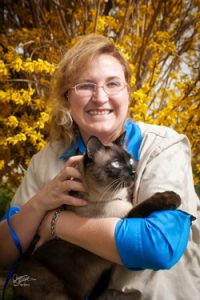 Dr. Jennifer Bracken was born and raised around Durango, Colorado. From a young age, she was surrounded by animals. There were dogs to play with, cats to warm her lap, horse to ride and chickens to peck food from around her toes. She received an under graduate degree in Biology at Fort Lewis College then a second Bachelor of Science degree in Microbiology at Colorado State University. She continued on to veterinary school at Colorado State and graduated in 2005. After sewing up sheep for three days at Animal Haven Clinic while on vacation, Dr. Bracken was offered a position there as a small & large animal veterinarian. She happily accepted. While working at Animal Haven Clinic, Dr. Bracken realized that there are other ways to help animals beyond the conventional. With that in mind she attended the International Acupuncture Society, Acupuncture Basic course in 2007 to widen her scope and treatment options. Since then, she and the other Doctors of Animals Haven have been integrating complementary medicine into their care of animals of all sizes. Doctor Bracken enjoys riding her horses in the four corners, camping, reading, and art. She also is allowed to live with Loki, Pita, and Smudge, her three cats, if she agrees to provide food and plenty of room to shed. Dr. Bracken is an avid traveler who has been to Europe, China, Thailand and most recently the Serengeti of Africa. 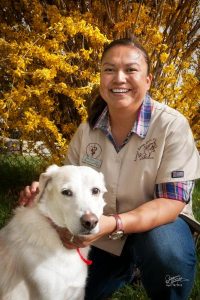 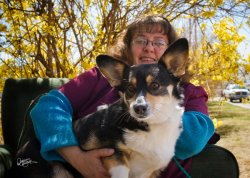 Ellen has worked at Animal Haven for 17 and 1/2 years. She graduated from Durango High School and attended Fort Lewis College. She graduated from Oklahoma Panhandle State University with a BS in Animal Sciences. In the time she has worked at Animal Haven she has cleaned cages, taken and developed radiographs, assisted in surgery, assisted the doctors with euthanasia, helped with animal restraint, answered the phones, made appointments, handled accounts payable, account receivable and audited invoices. She was raised east of Durango on the Florida Mesa, with five older brothers and one older sister. Her parents had 160 acres farm/ranch and 640 acres of pasture. Over their life time her parents raised, cattle, pigs, turkeys and children. They always had a herd of horses around to keep all 9 of them mounted. She raised sheep and pigs while in high school to help raise college funds. After returning to San Juan Basin she worked several different places most of which had nothing to do with the animal industry. When she applied at animal Haven Clinic she started as an Animal Care Specialist, when she was pregnant with her oldest of 3 sons she moved to the front desk and has been there ever since. She has been married for 20 plus years and has 3 sons. She has had the privilege of working with several Doctors, a lot of great clients, fun patients and interesting co-workers. No two days are the same and no cases are the same with living beings. 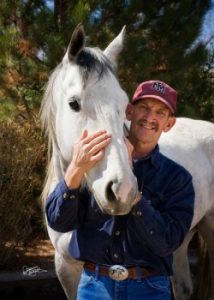 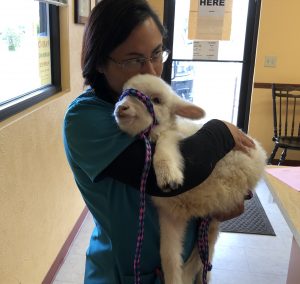 Cherie has been an Animal Care Specialist for 10 years. She graduated from Farmington High School in 2003 and graduated from Apollo College as a Vet Assistant in 2004. She has 3 pets at this time and 3 that where adopted. Her duties at Animal Haven include working with the doctors in both small and large animal, she fills in as a receptionist, assists in surgery, lab work, she also cleans kennels and helps with feeding. She chose this profession because she has always dreamed of working with animals both big and small since she was a child. She was raised on a ranch and has always had a love and passion for all animals. Having a bond with an animal is an amazing feeling. There is one special driving force that kept her striving to do what she loved and that was her grandmother. She promised her when she was diagnosed with cancer that she would accomplish her dream and become a vet assistant and work with animals. She has fulfilled that promise and has loved every minute of it. 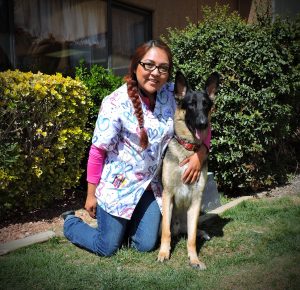 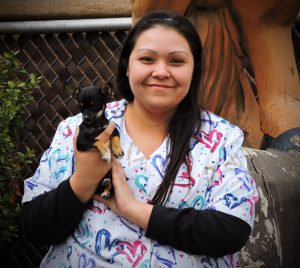 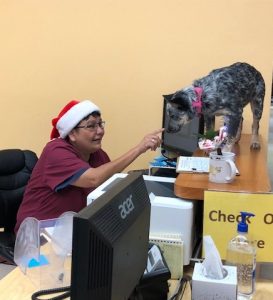 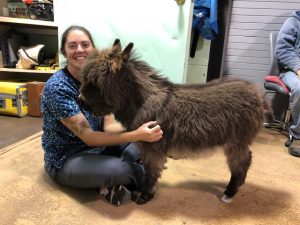 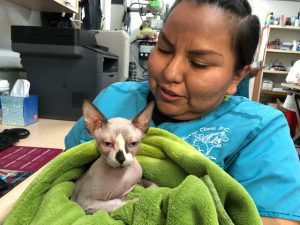 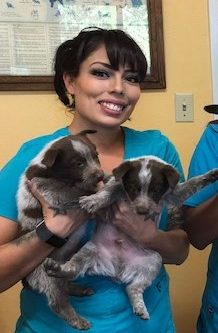 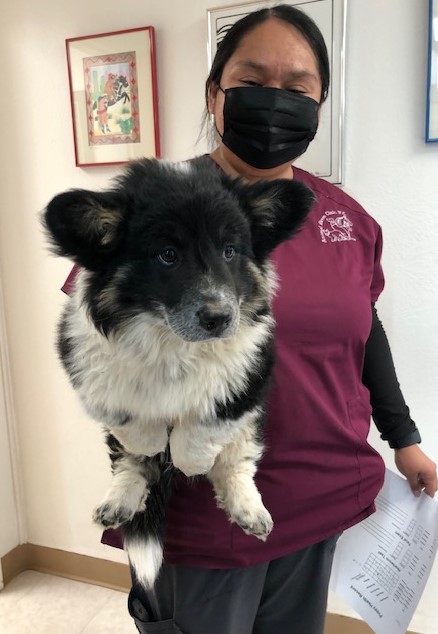 Appointments Online Store
Accessibility by WAH
Call Us Text Us